Directed by Nick Moakes
King Arthur Programme
King Arthur Poster
King Arthur is not a classic pantomime story.  Most of the classic pantomimes have been derived from children’s nursery stories, like Puss in Boots, Cinderella or Peter Pan.  For pantomime however any well-known story with prerequisites of several goodies and a couple of really nasty baddies can be used and adapted to fit the formula. 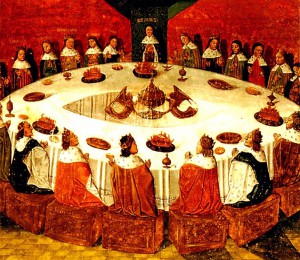 The Legend of King Arthur
Arthur was the first born son of King Uther Pendragon and heir to the throne. However these were very troubled times and Merlin, a wise magician, advised that the baby Arthur should be raised in a secret place and that none should know his true identity.

As Merlin feared, when King Uther died there was great conflict over who should be the next king. Merlin used his magic to set a sword in a stone. Written on the sword, in letters of gold, were these words: “Whoso pulleth out this sword of this stone is the rightwise born king of all England.”  Of course all the contenders for the throne took their turn at trying to draw the sword, but none could succeed. Arthur, quite by chance, withdrew the sword for another to use in a tournament. Following this he became King.

He gathered Knights around him and fought back against the Saxons who, since the Romans had left Britain, were slowly but surely taking the country over. After many great battles and a huge victory at Mount Badon the Saxons’ advance was halted.

Arthur’s base was at Camelot.  Here he built a strong castle.  His knights met at a Round Table.  They carried out acts of chivalry such as rescuing damsels in distress and fought against strange beasts.  They also searched for a lost treasure, which they believed would cure all ills – this was the ‘Quest for the Holy Grail’.

Under the guidance of Merlin, Arthur had obtained a magical sword from The Lady of the Lake. This sword was called ‘Excalibur” and with this weapon he vanquished many foes.  Queen Guinevere, Arthur’s beautiful wife brought romance to the story while his equally beautiful half-sister Morgan le Fay added a dark side.

Unfortunately, as peace settled over the country things turned sour within the court of Camelot and civil war broke out. In the final battle at Camlan both Arthur and Mordred, Arthur’s traitorous nephew, were mortally wounded. Arthur was set upon a boat and floated down river to the isle of Avalon. Here his wounds were treated by three mysterious maidens. His body was never found and many say that he rests under a hill with all his knights – ready to ride forth and save the country again. 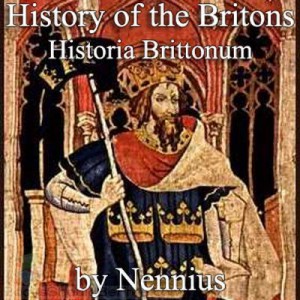 Is the Arthurian Legend true?
The first reliable reference to Arthur is in the ‘Historia Brittonum’ written by the Welsh monk Nennius around the year 830AD. Surprisingly he refers to Arthur as a warrior – not a king. He lists twelve battles fought by Arthur including Mount Badon and the City Of The Legion.

Arthur is mentioned in early Welsh literature, however the surviving manuscripts which refer to him date from after the legend was firmly established. These documents, though interesting, do not help us understand the roots of the legend.

It was the work of Geoffrey of Monmouth, another Welsh cleric, which really set down the foundations of the Arthurian legends. Other subsequent writers have expanded his themes and added new strands to the story. His work, ‘Historia Regum Britaniae’ was written in the year 1133AD. He claimed to have based the work on an ancient Celtic document in his possession. It became a ‘best seller’ and still survives in two hundred manuscripts.

Geoffrey’s work was intended to be an historical document. Within fifty years of its completion it had fired the imagination of writers of fiction across Europe. Many of these added new strands to the story which subsequently became essential elements:  In 1155 the French poet Maistre Wace added The Round Table.  Chretien de Troyes, also French, wrote five Arthurian stories between the years 1160 and 1180. He developed the theme of chivalry and dwelt on the subtleties of courtly romance.  Another French man, Robert de Boron from Burgundy, developed the idea of the Quest for the Holy Grail.

What is the truth? Locating facts is very difficult. Geoffrey was writing some 600 years after the events. His main sources are not known. Until relatively recently there was no standard spelling for even common words – names of people and places in particular took many forms. So ‘creative’ researchers can find what they want to find, while sceptics find nothing they can call concrete evidence. 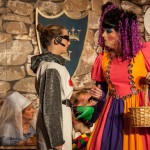 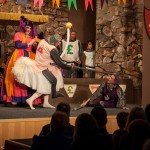 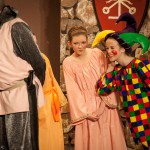 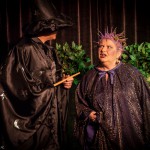 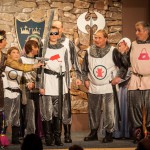 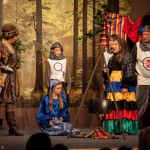 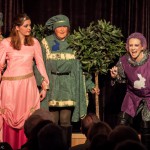 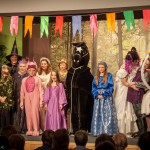